"Do you have questions? I will be delighted to answer them for you – please contact me!"

Welcome to the ERNI world

As a leading manufacturer of connectors, ERNI keeps the world running in every area. In addition to manufacturing connectors, they offer a strong service portfolio: the electronics manufacturing services (EMS) range from electronics development through the assembly of printed circuit boards using pressfit or soldering technology to inspection technology, electronic packaging and cable connector assembly. And if the course of things in the world demands a new connector solution, naturally ERNI can also supply it.

ERNI Electronics is a leading global manufacturer and worldwide supplier of a broad line of interconnects for the telecommunications, data communications, computer, industrial and medical markets.

ERNI Electronics GmbH & Co. KG belongs to the international ERNI Group of companies specializing in electrical engineering and electronics. At present the ERNI Group employs some 650 people, achieving annual sales of around 150 million Euro. ERNI has manufacturing operations in Europe as well as sales offices in over 40 countries. ERNI products are also marketed via a worldwide network of representatives and leading distributors.

ERNI Electronics is one of the world's largest manufacturer of electrical connectors according to DIN 41612 standard. At the time of the founding of the ERNI Elektroapparate-GmbH by the Swiss parent company ERNI + Co. AG in 1956 consisted only of its product line relay.

ERNI in June 2006 celebrated its 50th corporate anniversary. After a steady period of growth produced ERNI Electronics in 1968 as the world's first manufacturer connector according to the new DIN 41612 standard, which became the world's most commonly used standard for industrial PCB-/Leiterplatten-Steckverbinder (PCB is an abbreviation for "printed circuit board ", in German, printed circuit board). In 1980, a distribution company was founded in the USA, which was later extended by a manufacturing site.

Continuous growth finally necessitated the centralization of all domestic production facilities in the newly built factory in Adelberg in 1992. Since July 1993 the quality management system certification in accordance with CECC / DIN ISO 9001. In 1997, the production site Adelberg due to capacity constraints has been increased by 75%, which corresponds to an extension of 7,500 m².

The claims made on connectors are the driving forces of Erni's quality system. ERNI is pursuing a "zero defect" production, followed by continuous improvement of corporate processes.

Components of the manufacturer 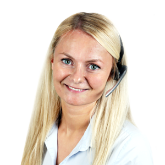 Cart » no Items in your Cart
BOM
» deutsch
X